BACK TO SERIES PAGE
GET PINGED WHEN WE WRITE MORE

‘Create Spaces with Care’ is the first of four parts of ‘Lead On’, a series addressing how to involve others in the strategic planning process.

Involving many people to in a strategic planning process means inviting many people- as many as possible, really – to express their views on the key topics facing the organization, and working from these results up. 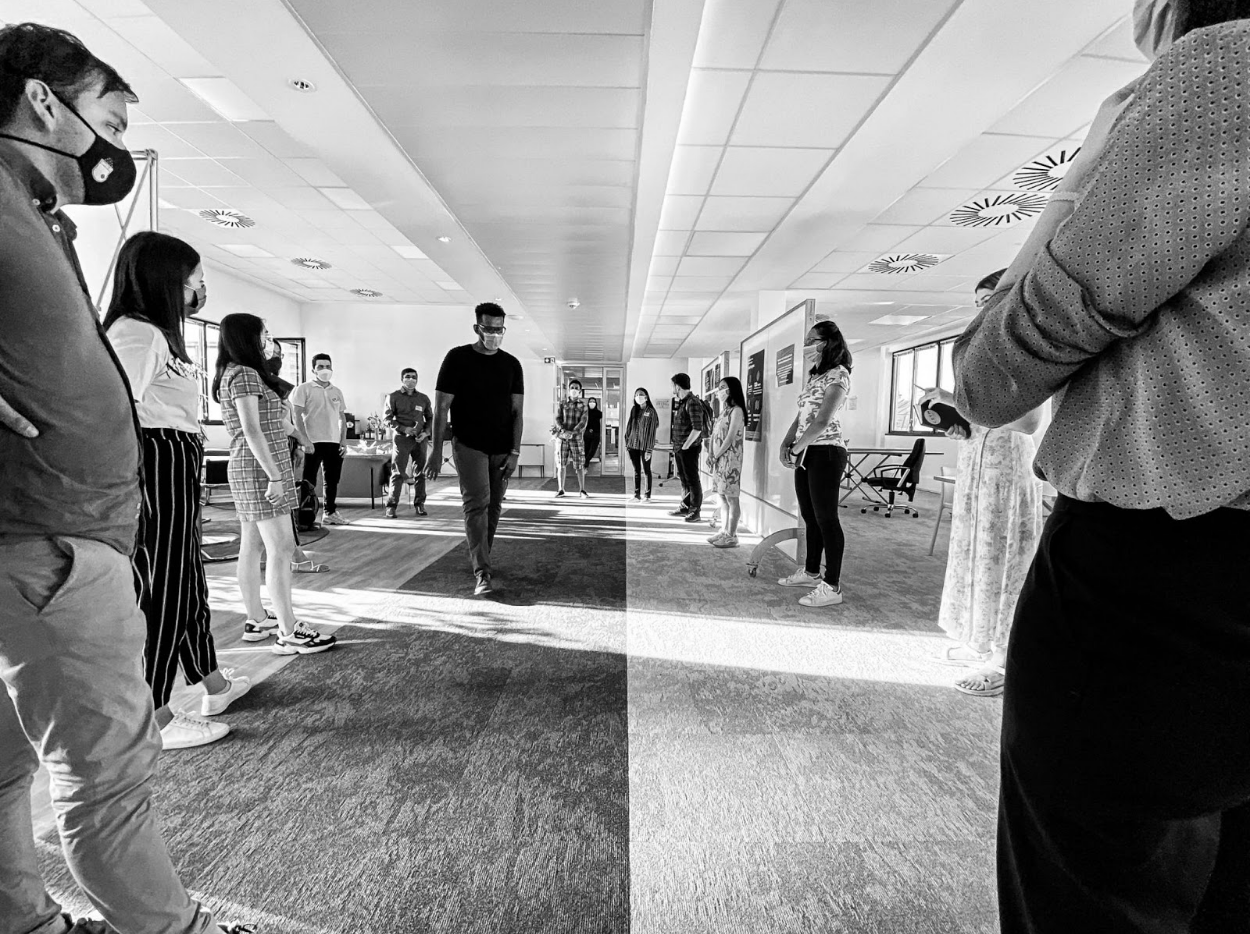 This results in a lot of sessions with a lot of people. Consider each session like a room – even if the sessions are online. Each room needs to have a common feel, recognizable codes, or rules of the game if you like, and aspects which feel familiar to the people involved. We call this creating the space for innovation, and it includes the culture of the space as well as the look and feel – both elements that inform significantly people’s behaviour.

So put chances on your side: create spaces for people to gather that make their presence feel valued and makes them feel like they have their full place there.  Make sure the many different spaces in the overall process of co-creation of the strategy have a common feel. How?

Online, this includes the slides you use to facilitate the event : create a visual identity for the process itself that echoes, but is slightly different, to the usual branding of the organization. This gives the idea of the process being anchored in the organization’s culture, but adopting different rules of the game, where people are called to play a new role, express themselves more freely or on wider topics than in their everyday role.

This may also include the background of the facilitators- giving them a unity, either through virtual backgrounds or by seeking similar physical environments for the facilitators. This will give a feeling of unity and coherence. Avoid over-branded backgrounds which take away individuality.

Subgroups to the plenary, where people speak (breakout rooms, for instance) should feel like the same space as the main one (the main room or stage). This can be achieved through signage in a physical setting. The facilitators should pick up the same language, a similar tone, and use the same visual cues – background, slides – as the main room.

Trust in the process is built through nurturing tailored safe spaces where people feel like they are part of something they feel at home in.

This starts with nurturing the space, be it physical or online.

Language Swapping: a tool for innovation