Building innovative teams: 3 secrets to help you build teams that ROCK at innovation

How important is the composition of a group when creating teams for innovation? Is there an ideal mix of participants? These questions are typically brought to us at Wow!Labs by clients and partners trying to build experiences that enable people to innovate.

Wow!Labs has experimented consistently for the last decade in answer to these questions. Creating spaces, events and experiences for people to learn to innovate across sectors and countries has brought us knowledge of the variables at play when building an innovative team.

Here are some of the principles we apply to maximize chances of cross-fertilization and successful innovation within a group. 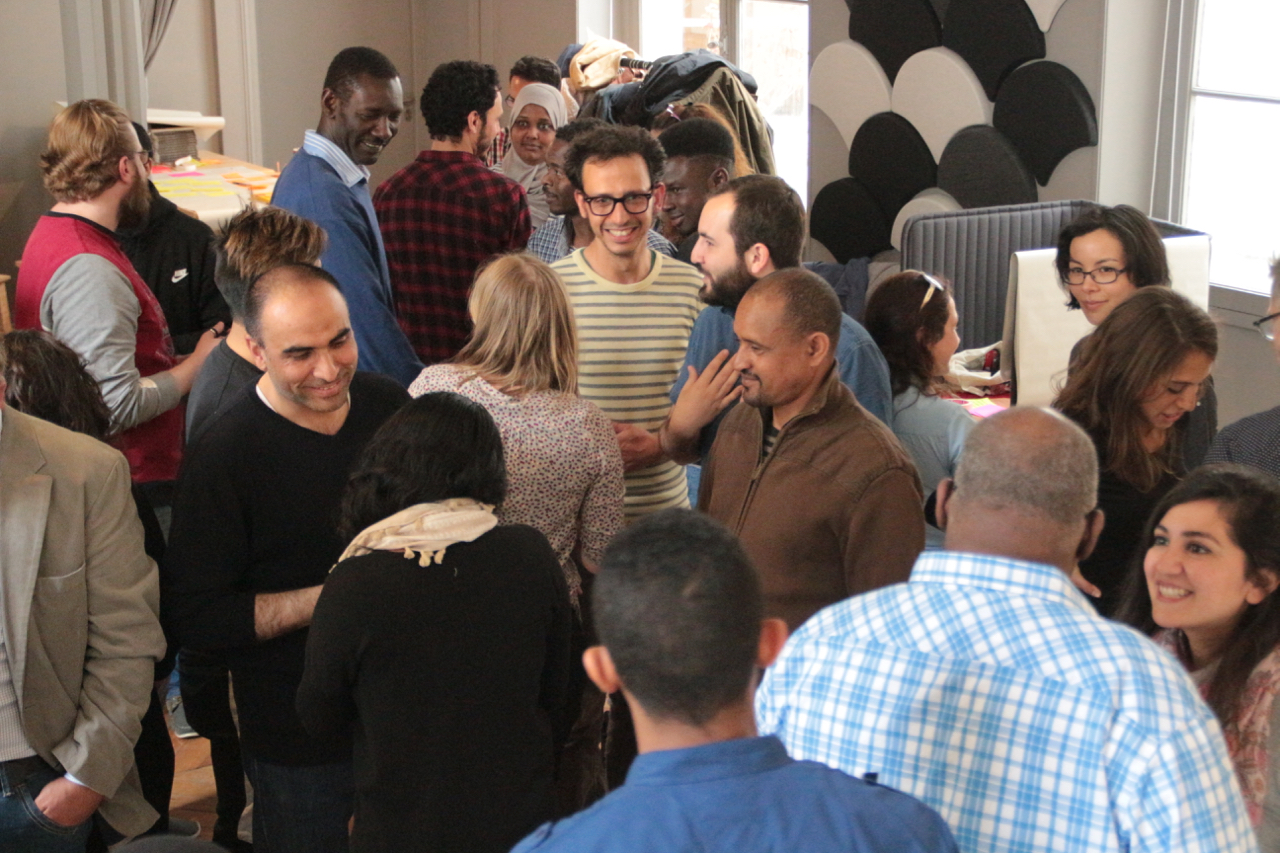 1. Don’t invite people to the table. Redefine the table with participants.

The ideal environment for innovation is one where no dominant group of participants creates a norm.

The ideal environment for innovation is one where no dominant group of participants creates a norm.

When we truly look for cross-fertilization, we at Wow!Labs make sure that any one “type” of people does not make up more than a third of the global number of participants in a group (more on what we mean by “types” of people in the next paragraph). This is to ensure that there is no norm in terms of behaviour set by a specific group. We don’t want there to be a main table to which other parties are invited. We want the table to be truly shared, to see the diversity of ideas that will emerge from a culture that is co-created by the participants, not reproduced from any dominant sub-culture present in the group.

2. Go beyond demographics to build a group with diverse personalities, communication styles and backgrounds 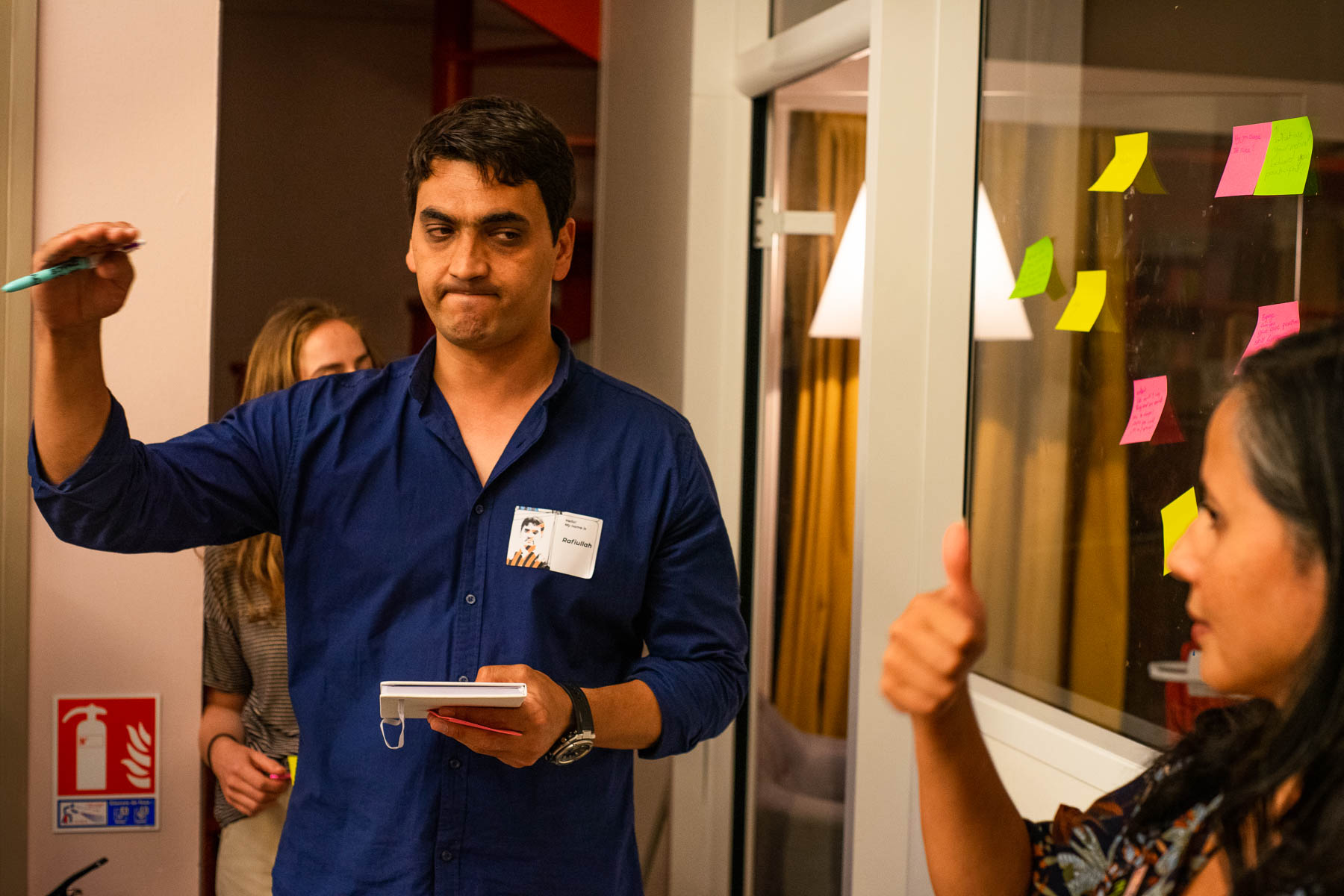 Go beyond demographics to include 3 factors of diversity which have a bigger impact on team dynamics, and the innovation resulting from their interaction: aspirations, experience and personality.

So what do we mean by “types” of people? Look at the mechanics of what makes people different.

There are common determinants which are often used to categorize people and analyze “diversity”. This is especially common in cultures where affirmative action is practiced, such as the US or the UK.  Gender and race are the two factors that usually come top of the pile when “diversity” is sought. But a deeper analysis yields much richer results when looking at truly cross-fertilizing viewpoints.

Demographics include gender, race, country of origin, age and mother-tongue, and are an interesting lens to make sure that outlooks, which are partly shaped by these factors, are different enough from each other to make room for innovation.

At Wow!Labs we also go beyond demographics to include 3 factors which have in our view a bigger impact on team dynamics, and the innovation resulting from their interaction:

Balancing these attributes in a group, just as you can balance demographics, goes a long way in optimizing the output of the group in terms of building off each other’s ideas, and capacity to project these ideas out in the world.

3. Qualify participants with a standardized process

Balancing a group goes a long way in optimizing the output of the group in terms of building off each other’s ideas, and capacity to project these ideas out in the world.

Is it possible to be objective while composing a group on the basis of these criteria, which are qualitative and therefore subjective? Let’s say that there are ways to build as much objectivity as possible in the process.

For example, we often standardize it by creating interview guides so that different people can have a chat with potential team members and centralize the data about the profiles. This avoids the perception of a single person composing a group on the basis of their own perception of people. The same criteria applied by different people through different interview styles is a better guarantee of true diversity among these characteristics.

Over three-quarters of the conflicts that break out do so between people of a similar “type”, whatever that shared characteristic might be (personality, background, ambition).

Learnings from the field

How did these choices work out? Here are a couple of our learnings:

In teams where diversity is higher, teamwork takes longer to start as common codes have to be created, but leads to radically better results in terms of innovation.

In the case of interdisciplinarity for instance, where the combining of methods and insights of two or more academic disciplines are combined for the pursuit of a common task, compromise is harder to reach, but results speak for themselves.

Take for example a recent group of budding innovators who took part in one of our immersive experiences: five young men, from similar urban contexts in Morocco, all relatively introvert, high potential engineers from the same corporate company. They wanted to improve a recycling process through product innovation. Their idea was not challenged by any of them early on in their teamwork, as they all had similar insights- and biases in their way of analyzing the problem at stake. As a result, their idea died down before it reached incubation. It did not develop sufficient strength and resilience, which being challenged by its creation team would have made it develop. Mixing any of the characteristics of the team- be it background, gender, communication style, personality or field of expertise- would have greatly improved the chances of success of their effort.

Mixing any of the characteristics of a team- be it background, gender, communication style, personality or field of expertise- greatly improves the chances of success of an innovation effort.

In contrast, we led an experiment at the Ecole Normale Supérieure, a French grande école, at the request of the students themselves, to completely mix disciplines and backgrounds and see what innovations would emerge. One team, in particular, hailed from backgrounds in music, neuroscience and education. Their personalities also contrasted sharply, ranging from artistic introversion to scientific rationalism, as did their age, from first-year to post-doc levels.

This team wanted to help children with learning difficulties such as dyslexia to memorize complex numerical data, such as mathematical formulae. They arrived at a breakthrough idea: to associate data to musical notes, and develop algorithms that would create melodies that children could memorize and then trace back to the formulae they needed to know. None of the students with their specific vision of the world, shaped by their personality and expertise, would have made it there alone.

These initial negotiations in earlier iterations, which came from having to develop a common basis for moving forward, were a worthy investment for the project, and built the necessary resilience to the idea.

Their process to arrive to the idea took much longer than a less diverse team, as there was a lot of common ground to be created. These initial negotiations in earlier iterations, which came from having to develop a common basis for moving forward, was a worthy investment for the project, and built the necessary resilience to the idea.

If nothing is done specifically to avoid it, a “mainstream” always imposes itself, in contrast to which “minorities” are formed. Not only in terms of race or nationality, also in terms of extrovert or introvert behaviour, or definitions of success. This significantly diminishes both an individual’s and a group’s capacity to come up with an idea that is truly unique to who they are, and therefore the resulting production of ideas is poorer within the group.

For a melting pot to melt egos, and to fight our tendency to conform to others around us, there is no magic, but hard work in composing the group can help.

Charlotte Hochman is the Co-founder & Director of Wow!Labs, an innovation studio that creates results for companies, cities and universities by creating spaces and capacity for innovation.